← back to
Kamizdat
Get fresh music recommendations delivered to your inbox every Friday. 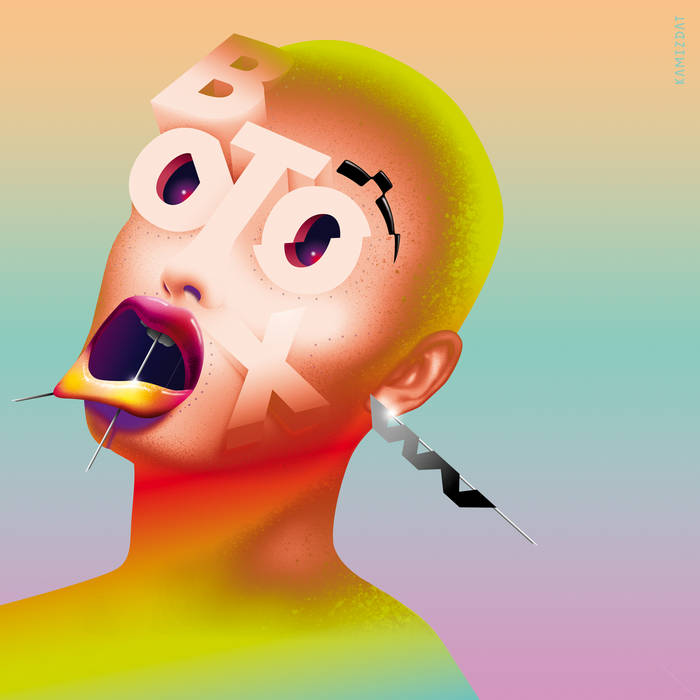 Stylistically, the music on Botox – a debut full length for Warrego Valles – seems to draw influences from a deep underground electronic dance music, but it is based on its contemporary deconstruction, which results in a dark minimalist abstract post-genre electro and glitchy sonic landscapes. The album’s thematic undercurrents tell a story about the present times: ephemerality of all action and destruction of the planet due to climate change and slavery. A grim vision of a world ruled by psychopaths driven by the will to control, greed and domination.

“How else can the drive for immortality be manifest than as an unstoppable exploitation, an endless extraction of resources, a seemingly limitless growth on a finite planet? In a dystopian post-apocalyptic vision called forth into the present in these abstract sounds with words buried in sombre electronic beats and glitches, there’s no sign of mankind after we’ve lost the red sun, our land and sky. We are loosing and destroying our environment. We are fostering more slavery than ever by refusing immigrants, stuffing them in camps and treating them like animals. In these relationships, humanity is lost while feelings of abandonment, defeat and solitude grow within the personal realm.
Underpinning these tracks is a grim vision of the world ruled by psychopaths, driven by a will to overpower and dominate. Only through submission of one’s own body (and mind) will it be possible to find »success«. The greed, the insensitivity, the lust for profit and power, the ability to kneel and to kill.” — extract from liner notes

We are immensely grateful to our mate & audio king Taj Pečnikar for his magic, cutest guy we know Rok Mar aka Sink Plug for tolerating our impossible nature, rocket scientist Luka Prinčič for washing the dishes and butt kicks, Stefan for the xxtraterrestrial illustration, Beni for the cherry on top, Barbara and Monika for the stone hard alliance, Ana and Karin for the inventive LOL memes, Asja for the long distance love, to our NO1 fan Simona for the world's longest laughs, Maja for vox gymnastics, Franček and Milena for bottle feeding & unconditionally spoiling us and our PTL team for all the caffeine and booze.

Warrego Valles is an electronic project by producers and djs Nina Hudej (SHAPE artist 2018) & NinaBelle, within which they are exploring by-passes of club and experimental electronic music.
Releases:
2019 save as
2018 BOTOX
2017 Location Off ... more

Bandcamp Daily  your guide to the world of Bandcamp

Little Brother joins the show to discuss their beautiful journey, plus tunes from Fat Tony